Vancouver’s Transit System – How to Get Around! 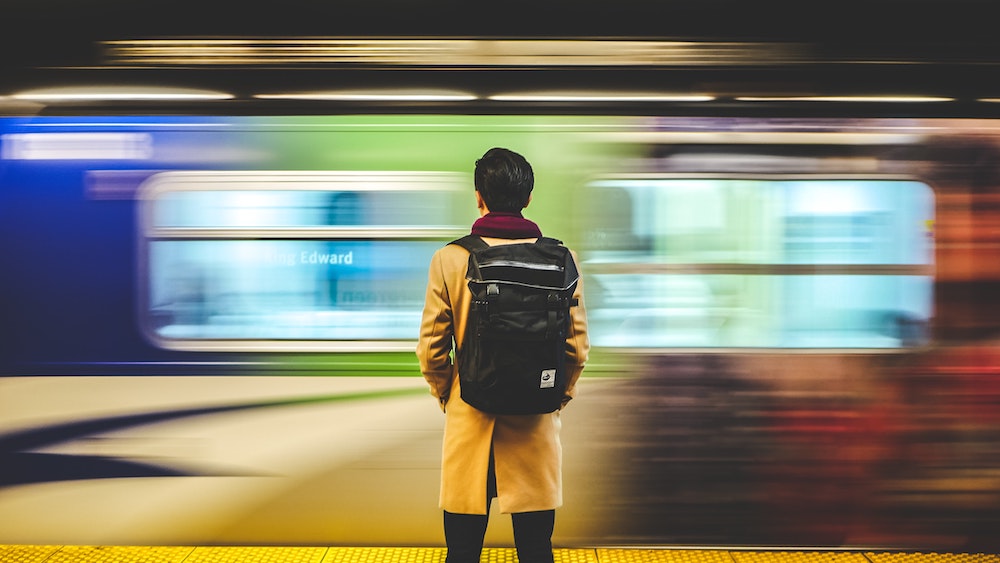 International students intending to live in Vancouver should become familiar with their public transit system, as they will likely be using it to visit places in the lower mainland such as restaurants, grocery stores, school and more. The public transit system is fairly comprehensive, including busses, Skytrains, trains and a seabus between downtown and North Vancouver. Additional services include night busses, which can be good for nights out studying, at restaurants or late work shifts.

Translink is the main operator of public transit services around Metro Vancouver. They offer bus, Skytrain, seabus and west coast express services to passengers. While living in Canada, you’ll likely be using these services unless you intend on purchasing a car or regularly using car-share services such as Evo, or biking.

In the lower-mainland Vancouver area, there are more than 200 bus routes, which would help people living far from Skytrain stations. There are many kinds of buses. B-Lines and Rapid Busses are bigger buses with longer intervals between each bus stop, which is intended to be an alternative to Skytrain when it isn’t available. As ofAugust 2020, there is one B-Line: 99B-Line (West Vancouver), and 5 Rapid Bus Lines, the R1 (King George Boulevard), R2 (Marine Drive), R3 (Lougheed Hwy), R4 (41st Avenue), and R5 (Hastings Street). Other regular busses have numbers (1-3 digits) and it is often the case that smaller the number, closer to the downtown area. The numbers are shown above the front glass and the right side of the bus as well. Some buses have the same number but their terminal stations could be different.

There is also NightBus with numbers with N. This is offered for people who need to travel at night. There are 10 NightBus routes in the lower mainland area.

You can check the bus schedule at a bus stop or on the Translink website (https://new.translink.ca/next-bus). Or, you can send a text message to ‘33333’ with your bus/bus stop numbers. (i.e. recipient: 33333 message: 54440 240). With many circumstances like construction and bad weather, Translink may change their bus schedules. If you can use data in Canada, you may download apps to track the realtime bus location: Transit App, Transit: Bus&Train or any other apps.

There are three lines of Skytrains: Canada Line (Light Blue), Expo Line (Blue) and Millennium Line (Yellow) on the map

Westcoast Express operates for people who study or work around downtown Vancouver but live far from it. It runs from Waterfront Station to Coquitlam, Pitt Meadows, Maple Ridge and the terminal station is Mission City Station, which takes about 1 hour and 5 minutes. It only operates on weekdays – from 6 to 8 am for trains leaving Mission City Station and from 3 to 7 pm for trains leaving Waterfront Station. Tickets for Westcoast Express are different from the ones for Skytrain or Busses.

SeaBus is a ferry that connects Waterfront Station in downtown Vancouver and Lonsdale Quay Station in North Vancouver (Greyline on the map). They run every 15 mins during peak hours and 30 mins during other times. On weekdays, it operates from 6 am to 1 am and the capacity of each ferry is 385 people. It takes about 12 mins from one of the stations to the other. There is a zone border between two stations, so you will need either 2 or 3 zone tickets.

If you are at the Vancouver International Airport (Richmond) and are heading to downtown Vancouver, you have to pay for 2 zone fares because Richmond is in the 2 zones. If you just want to travel inside each zone (i.e. South Burnaby to New Westminster), you only need 1 zone ticket. If you need to travel from zone 3 to zone 1 or zone 1 to zone 3, you must have 3 zone ticket. However, after 6:30 pm on weekdays and all day on Saturdays/ Sundays/ Holidays, you can travel everywhere with 1 zone ticket.

For buses, all bus routes are 1 zone, which means you can ride as many busses as you want with a single ticket, as long as the ticket is valid. All tickets are valid for 90 mins only.

Single-day Tickets or One Time Purchases

You can purchase tickets using machines placed at each Skytrain Station. You can also purchase tickets on the bus; however, those tickets on the bus are old versions and you cannot use them for Skytrain. If you are travelling on the bus first and using Skytrain after, you need to tell your bus driver that you are going to buy tickets at the station. Also, if you are planning on purchasing tickets on the bus, please make sure you have the exact change. If you are worried about your English, all machines placed at Skytrain stations are accessible in many languages, including simplified Chinese, French, Dutch, Japanese and Hindi.

You can also tap your Visa or Master cards on the blue area. Fare would be the same as purchasing single tickets. This is perhaps less of a hassle for most than buying at the station.

Compass cards are great for those staying for a while in Canada and using public transit. You can purchase compass cards at certain Skytrain Stations/ Drug stores (London Drugs). You can charge your cards at those locations or online. (Stored fees are used only for transit – so make sure you do not overcharge your cards). It costs $6 to purchases the card itself (This is a deposit so you can get it back at Chinatown-Stadium Skytrain Station). Some schools include the Compass fees in their tuition, this is known as the U-Pass program. You can use this compass card for all purposes, including single fare, day-pass, monthly pass, and you can simply tap the card on the bus or at Skytrain stations. Blue cards are for adults and orange ones are for children under 18 and elderlies over 65.

For buses, you only need to tap your card when you get on, while for Skytrain, you need to tap in and tap out. If you forget to tap, you may be charged for 3 zone fare. If you are not purchasing adult tickets (including students, children and elderlies), you must have proof of your age, such as student IDs and/or other IDs all the time.

The transit system is likely similar to the system in your previous city, but being aware of all the service has to offer can help you get around Vancouver safely and efficiently. You’ll likely end up using the transit system at some point, so understanding it will be an asset. For those uninterested in transit, there are car-sharing services, biking and driving your own car.